Once again Coryule Chorus were invited to lead the ANZAC Ceremony held at the Ocean Grove Cenotaph. A beautiful sunny day prevailed, and a very large crowd (as usual) were in attendance to show their respect for our many servicemen involved in far too many wars in our short history. We performed the very solemn "We will remember them" as the wreaths were being laid, and we were, on this occasion, performing with the very professional Geelong Concert Band as we sang the Recessional hymn and concluded the service with a rousing rendition of "Waltzing Matilda". The slideshow below depicts the many elements that made up a lovely day.

Whoever thought that the Coryule Chorus were just a choir that sang? The noise level at the PIKNIK Cafe on the 7th December was at least as high as that made during our most fortissimo moments in the rehearsal rooms! A great way to celebrate our year of music, fun and laughter, depicted in the slide show below.

After our huge day of recording, we had to sparkle up 4 days later for our winter concert in aid of the St James hall, our lovely rehearsal rooms. A full house was there to greet us, and we did our best not to let them down.  Whilst some of our songs were the ones we had worked so hard on for our CD recording, we also presented a variety of solos, a trio, quartet, band items and other choir songs not on our CD.
The concert was very well received, and much happiness and relief was expressed whilst we enjoyed the devonshire tea with the audience after our performance. 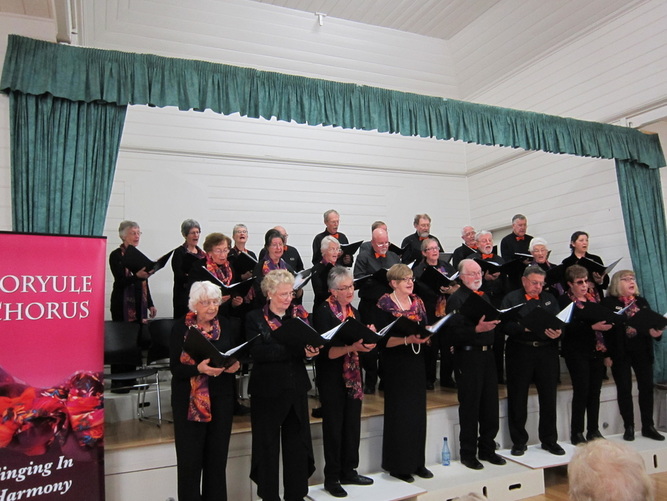 Let's kick it off - with "Ye shall have a song"